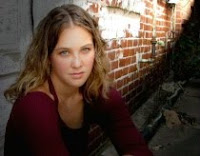 We made a searching and fearless moral inventory of ourselves.

Let's take a good look at the way we're living and reorder our lives under God. Lamentations 3:40 The Message

"If we want to know God personally, the place to start is with the truth and reality about ourselves." - Anonymous

Being real about our emotions is one of the healthiest commitments we can make. When we deny our feelings, we deny the reality of our innermost lives; we reject a fundamental aspect of our own humanity. We reduce ourselves. We become objects in our own eyes. We lose the very dignity that we most desire.

Nicole was a wonderful young woman whose life had become paralyzed because she could not honestly address her feelings. Along with the rest of her family, Nicole suffered because of her father’s domineering abusiveness, an abusiveness that he called religious leadership. As a little girl, Nicole often felt hurt because her mother and father ignored her attempts to gain their affection. Her parents, mostly her father, were so absorbed in their own lives that they didn’t care for Nicole in the way that a little girl of her age needed to be nurtured. Because of this, Nicole grew up feeling unwanted. No matter how hard she tried, she was never able to connect with her father in a way that made her feel loved by him. He had a problem himself. He could not connect with his own feelings let alone connect with the feelings of his little girl. Nicole feared that she would never get her father’s love. By adolescence, Nicole was angry. By college, she had a deep resentment toward her mother, her brothers and sisters, church, God, and, most of all, herself. Blind to her own feelings, Nicole continued to love her father and, with a desperate heart, she held out hope that someday he would love her, too.

The greatest tragedy of Nicole’s story is how she began to self destruct in her own addictions even while she maintained all the appearances of a successful businesswoman. Because she was unable to recognize and admit how she really felt on the inside, it was impossible for her to get the help she needed. Nicole fell into a pattern of dangerous addictions and ultimately she died at the age of 34 from complications related to alcoholism and anorexia. Nicole died believing that she was at fault and that her mother, brothers, sisters and God had all conspired together in order to keep her father’s love from her. She never recognized the fear and abandonment that she felt. Nor did she admit the justifiable anger she felt for her father. The last words she heard him say to her were words of criticism because of her drinking and her emaciated appearance. But still, even with her deep wounds, she idolized him till she died. She never could see that he was the one who was wrong. Nor could she admit that she was mad at him for the way he treated her. Nicole’s life and death prove that unacknowledged fear, anger and resentment can be fatal.

Identifying, recognizing and admitting how we feel is a commitment to intimate truth. If we want to be healed we must first be known. Being known starts with knowing how we feel about ourselves, our lives, other people and God. We are responsible for knowing how we feel. If we don’t know how we feel, we will carry our pain and fears with us, into the future. Denying fear actually makes us full of fear. Fear, like anger, resentment and all other painful emotions, swell up inside of us when they go unaddressed, setting us up in a sort of psychic paralysis from which we cannot save ourselves. We get stuck, we are alone. This kind of isolation is perhaps the worst of human suffering and nothing will free us from our emotional isolation unless we get real about how we feel. We have to have help.

Failing to admit what we feel and failing to get the help we need is what killed Nicole. So, to ensure that we don’t suffer the same fate that Nicole suffered, we get real as we work our Step Four. The purpose of Step Four is to help us recognize specific thoughts and feelings that we have that are not effectively working for us. If we are going to make effective changes, we have to know what needs to be changed. Human as we are, we are going to feel fear from time to time. We are going to get mad and we will become resentful sometimes, too. Having these feelings is not a problem. Denying them and avoiding them is. So, in order to get healthier we must get real like never before. We must exercise courage in Step Four. Just because we feel fear doesn’t mean we can’t act with courage. In fact, courage never exists in the absence of fear. It’s more like courage and fear are two sides of the same coin of emotion. To find courage, we must first acknowledge our fear. Then, we take our fear and we turn it over. We admit it and we give it up to God just like we gave our addictions to Him. When we turn over our fear to God and become ready to take action, He will empower us to act with courage even when we still feel afraid. The courage that God gives helps us to know the reality of our inner life in a powerfully intimate way. With the courage that God gives we can take the most personal areas of our lives and give ourselves away in empathy to others. In this way we can touch the very souls of those who are closest to us, passing along the courageous life that we are discovering, helping others to discover it, too. Doing this makes our lives all worthwhile.

As you read through and answer the following questions, take a few minutes and pray that God will help you to understand how to make the pain of your past a blessing to others in the future.

Available through all major book sellers