GETTING INTIMATE WITH GOD - from Our Journey Home 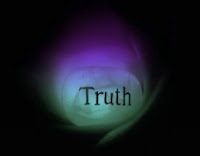 We made a decision to turn our will and our lives over to the care of God as we understood him.

As he went out into the street, a man came running up, greeted him with great reverence, and asked, "Good Teacher, what must I do to get eternal life?" Jesus said, "Why are you calling me good? No one is good, only God. You know the commandments: Don't murder, don't commit adultery, don't steal, don't lie, don't cheat, honor your father and mother." He said, "Teacher, I have—from my youth—kept them all!" Jesus looked him hard in the eye—and loved him! He said, "There's one thing left: Go sell whatever you own and give it to the poor. All your wealth will then be heavenly wealth. And come follow me." The man's face clouded over. This was the last thing he expected to hear, and he walked off with a heavy heart. He was holding on tight to a lot of things, and not about to let go. Mark 10:17-22 The Message

Getting Intimate with God

Scripture is full of people who can help us become more intimate with God. But it’s not always because they had such a good relationship with God themselves. One such person is the man we read about in Mark 10. Let’s call him Don. From what the Bible says, we know that Don rushes around in a big hurry, with all kinds of drama, all in an effort to do what he thinks he needs to do so that he can live forever. Sounds like some of us, doesn’t it?

From what we read we know that Don was intensely committed to his religious practice, rituals he had kept since childhood. Speculating a little, Don was probably the kind of guy who attended church without fail. We can almost see him, tall and well put together. We can bet that Don took really good care of his appearance, presenting himself to the world with great care and consideration. He knew he was doing good and it was important to him to impress others with just how good he was. He probably drove a nice car and, secretly of course, he was proud that he kept his car looking and running better than anyone else in his neighborhood. For sure, Don was well respected at church and at home. This made him feel important. Being the man that he was, Don was obsessed with learning all that he needed to know in order to get rid of anything that limited the life that he loved so much. It seems like Don thought of Jesus as little more than a means to an end. Because Don was committed to getting everything that he thought was important, he inadvertently treated Jesus as if Jesus was just an object that was there to give Don what he thought he needed. Don was in control, or so he thought. In the most subtle of ways, Don was playing God. This is what we do when try to use God to get our way. It happens even with our best intentions. None of us means to objectify God but we do, at least to some degree. It’s really not a question of if we have, but how often have we.

Jesus gives Don an amazing comeback. He didn’t directly confront Don’s religiosity and pride. He just suggested that Don should keep doing more of what he was already doing. Then, being such a hard worker and all, Don was apparently overcome with a deep, deep sadness. After all, since childhood he had been working harder and harder to get a better life and it obviously hadn’t been working for him. If it had, he wouldn’t have been so desperate for something more. So, deep in his gut, he knew it wasn’t going to work now. Do you know this feeling?

Here the story could have taken a great turn, but it didn’t. Jesus continued to respond to Don by challenging his attachments. (Don probably had some addictions mixed in there, too.) While challenging Don to detach and free himself from the things that he held so dear, Jesus extended an invitation to enter into the intimacy of living with Jesus on a day-to-day basis just like the rest of Jesus’ followers did. Sadly, Don could not make this decision. He could not find it within himself to let go of the old life of religion and take hold of this new life of relationship.

We need to be careful not to speculate too much because we can’t read Don’s mind. We can only know for sure what Scripture tells us. Perhaps Don just didn’t believe what Jesus was saying. Perhaps he couldn’t fathom the idea that gaining eternal life did not depend on him alone. Or, perhaps Don just didn’t really want what Jesus had to offer. Don seemed determined to think that his religious discipline and control would be enough to get himself right with God forever. He chose pride over life.

Don’s story will only benefit us if we are willing to learn from it. Sometimes we learn the most in observing the failures of others. It is important for us to relate ourselves to Don and his encounter with Christ, failures and all. For you see, Jesus is about more than just overcoming an addiction. He is about more than just going to heaven when we die. Any reason and all reasons are good reasons to come to Christ, but the only way we will continuously bring life to our sinful existence is to seek intimacy with Christ for the sake of God himself. Any other reason becomes sin sooner or later. Jesus is more than a religious icon. Jesus is how God identifies himself to us in a personal way. In Jesus, God shows himself as the perfect human so that all of us imperfect humans can enjoy a perfected relationship with God. It’s simple really. As we make the decision to surrender our will and our life to Jesus we get close, we get real and we get intimate with God. It’s a love story, not a religious story. God looks deep into us and no matter of what he sees, He loves us just like Jesus loved Don. What Jesus did for Don, God is doing for us. He challenges us. He calls us. He invites us to let go of the things which have been holding us back, most notably our religious attempts to prove ourselves worthy. God frees us from the demand that we get our act together. He knows that even if we did ever get our act together, all that we would ever have would be an act.

Christ, is here to give us His life if we are willing to let go of the lifelessness that we have known up to now.

He has done his part now. Let us do ours.

An excerpt from Our Journey Home - Insights and Inspirations for Christian Twelve Step Recovery
By David Zailer Copyright David Zailer, 2011