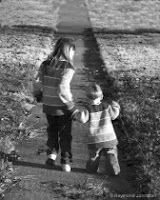 
Whatever I had previously thought I believed and then professed to others regarding God and/or religion didn’t matter much because it obviously had not been authentic enough to really work for me. Others in the fellowship have experienced this same realization about their own religious beliefs and opinions. Those who claimed no God were in trouble and what others may have professed about God hadn’t helped either. We all ended up in the same place — addicted. Call it whatever you want. What we really needed was real and effective help, and with an open mind and heart, we became ready to receive that help!


The concept of faith may offend those who consider themselves too smart to believe in God. For some, the mere mention of the word “faith” threatens self-indulgent egos and self-mastered lives. Some of our group had believed God was nothing more than a concoction of weak-willed people who were searching for answers through religious distraction and effort. And I agreed with them in one respect. Any “god” created within the mind of man is not God. Any “god” defined solely by human terms and descriptions serves only the dictates and demands of someone’s predetermined thinking, which is to some degree, always flawed, shortsighted and ignorant. In these ways, whatever is believed cannot be God.


In a similar way, indifference, complacency, defiance, self-sufficiency and prejudice are in some ways understandable for those who, like me, were raised in religious environments that lacked nurturing love, were abusive or didn’t affirm the human dignity God created within all people. We all suffer from pride and our own prejudices, which block us from discovering God in a way that truly makes a difference in our lives. However, with hope for a new life connecting with the painful motivations created by our addictions, we realize we must seek God on His terms and not our own. We must allow Him to tell us who He is and what He is all about.


Real faith is humble and willing to accept answers, any answer that helps us recover. A faith that hopes in a power greater than we are will not seek to debate, to conquer or win unnecessary arguments. In real faith we realize the need to live well is much greater than the need to be “right.” Through a humble faith like this, the humiliation of sexual addiction can be molded into an openness that maximizes the chances for recovery and the restoration of a life truly worth living. In faith, we are transformed from victims to survivors, the kind of people who are able to help and guide others. Real faith is the catalyst of revolution for every man, be they religious minded or non-religious minded.


And faith is much more common than we may realize. Each of us exercises faith daily when we tap into the power of natural physics to make life more convenient. When you turn the key to your car, what do you expect? Power to start the engine. When you flip a light switch, what are you looking for? Light. What are you looking for when you pick up the telephone? To get connected. We have faith in the benefits of modern technology through personal experience. In the same way, we can learn faith in God by personal experience, too.


This is how I discovered a faith that gives me the power to recover from my addictions. In varying ways and with varying degrees of progress, I’ve discovered that I can trust in others, “higher powers” if you will, and The Higher Power, God.


So, if the thought of trusting God is troubling you, don’t worry about it right now. There are lots of “higher powers” who can assist you in your recovery. Relax! And allow God to help you learn to trust Him. This, we believe, is the genesis of real faith after all.


In our fellowship today, there are men who rejected God initially, but in their hope for recovery stayed open-minded. They made good use of other “higher powers” which helped them move into recovery, but only to the degree that they remained honest about themselves and open-minded about God.


The true “Higher Power” will reveal Himself to anyone who sincerely wants to know Him. Faith springs from hope for life. It flourishes from humility and honesty and openness, making us more and more aware of the goodness God seeks to give us. That’s how it’s been for me.

“But there is One who has all power – that One is God. May you find Him now.


Half measures availed us nothing. We stood at the turning point.


We asked His protection and care with complete abandon.”

As we said before, some in our fellowship were very religious when they began their work of recovery. They asserted that their way of life was “the way,” the “right way,” or the “only way.” But even with their powerful and prideful professions of faith, they became sexual addicts just like the rest of us. It was like their religious professions were more of a handicap, propping them up like religious scarecrows, empty and worn, unable to acknowledge and admit their needs and shortcomings. This is why it’s so easy to hide in religion. I’ve done it personally many times and I’ve done it very well. The truth of the matter is this: while “religious” addicts maintain well-intentioned commitments, and may even speak eloquently about theology and God, their religious experience is contained within their own personal thinking and will never be sufficient for true spiritual living, as proven by their addiction. Sex addicts are sex addicts whatever their religion. And, religion by itself never cures an addiction of any kind. In reality, misguided rule-keeping religion promotes and deepens addiction, and can even become an addiction itself.


True religion becomes reality only when it is relational, and part of a personal revolution that transforms someone — their thoughts, their feelings, their beliefs, and their actions. Anything less than this is not true faith or true religion. But, having said all of this, we don’t encourage anyone to leave their church or denomination. Where we had failed to find a true personal faith and live it out in an honest and sincere religious experience, many others from various churches have succeeded.

Instead of trusting in our own strength or wits to get out of it, we were forced to trust God totally – not a bad idea since he’s the God who raises the dead!

So, is your “religion” working for you? Are your personal convictions successfully guiding you through life? Are you experiencing inside yourself the kind of life that keeps you free from the internal conflicts that result in addictions? If so, why are you reading this book? Addictions of any kind prove that we need to become spiritual where we have been pious, humble where we’ve been self-confident, honest where we’ve been self-deceived and open-minded where we have been stubborn. Before God will be anything to any of us, He will be our Savior. Either God is everything or He is nothing!


When God touched me in His own time, I experienced a power that is deeply personal, beyond my comprehension and impossible to explain. New ground had been broken within me. God was revealing Himself in a way I had never imagined He would. And I hope the same for you.

“When I was driven to my knees by alcohol, I was ready to ask for the gift of faith. And all was changed. Never again, my pains and problems notwithstanding, would I experience my former desolation. I saw the universe to be lighted by God’s love; I was alone no more.

“In my own case, the foundation of freedom from fear is that of faith: a faith that despite all worldly appearances to the contrary, causes me to believe that I live in a universe that makes sense. To me, this means a belief in a Creator who is all power, justice and love; a God who intends for me a purpose, a meaning and a destiny to grow, however haltingly, toward his own likeness and image. Before the coming of faith I had lived as an alien in a cosmos that too often seemed both hostile and cruel. In it there could be no inner security for me.”


Bill Wilson, As Bill Sees It

excerpt from When Lost Men Come Home, not for men only
copyright, david zailer 2012
http://www.amazon.com/s/ref=nb_sb_noss?url=search-alias%3Dstripbooks&field-keywords=when%20lost%20men%20come%20home%2C%20not%20for%20men%20only
Posted by David Zailer at 10:38 AM