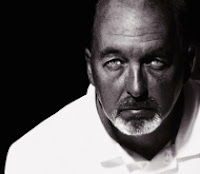 Admitted to God, to ourselves and to another human being the exact nature of our wrongs.

“You’re blessed when you’re content with just who you are – no more, no less. That’s the moment you find yourselves proud owners of everything that can’t be bought.”
-Matthew 5:5 The Message

“The heart is the deepest essence of a person. It symbolizes what’s at our core. The heart of the matter is that we can know and be known only through revealing what’s in our heart.”
-Brennan Manning

Hello, my name is Jerry and I am an alcoholic. I was 51 years old when I first said these words and I’ve been saying them almost every day for the past 3½ years. I started drinking when I was in college. Getting drunk with my fraternity brothers was a lot of fun. Unfortunately, unlike most of my friends, I never stopped. Near the end of my drinking, I was actually drinking less often. Not because I wanted to drink any less but because I knew in my heart of hearts that my drinking was hurting my family and me. I never meant to hurt anyone.

I had gotten married at 25 and by 31 I had three beautiful daughters, a solid marriage (it looked like it on the outside), a great career and I was a leader in my church. While near the end of my drinking I was consuming less alcohol, the people around me were complaining about it more and more. They were pointing out problems that were happening because of my drinking. Even though I was drinking less, my drinking was affecting me more. Finally, the employee assistance director at work confronted me. He gave me the choice of going to a treatment program for alcoholism, that the company would pay for, or the company would demote me to a less prestigious position. My ego refused the demotion so I chose rehab.

In rehab I was confronted by my wife and daughters about how my drinking and my attitude had been hurting them for years. I was dumbfounded. I had no idea how they felt. Also, the doctor at the rehab told me that I had suffered liver damage and that I had what they called Level Two alcoholism. I wasn’t sure what that meant but it sure got my attention. I wasn’t able to sleep and my body shook for days. I was nervous and uncomfortable for three weeks after my last drink. Worst of all, as my head cleared, I became more and more ashamed of how I had let the years slip by and how I had hurt my wife and daughters. I knew that I had always loved them, but I could not escape the reality of how I had held them hostage for so long. Being given the opportunity to recover, I knew that this is what I wanted to do. I wanted to change.

I started to attend Alcoholics Anonymous meetings while in rehab and I have never stopped. I go to an average of two – three meetings per week, depending on my schedule and my disposition. I got a sponsor and I began working the Steps on a personal basis. I spent about a month working through my Step Four inventory. I worked on it every day. Finally I sat down with my sponsor and read much of what I had written down to him. I also told him a lot of things that came to mind as we were sitting there talking.

While doing Step Four, I learned a lot about myself. In a nutshell, I learned that my alcoholism was only a disease and not my real problem. My real problem was me, and I would continue to be my own worst problem until I admitted this to myself, just like I had to admit to myself that I was an alcoholic. If I were to ever become a better person, free from alcoholism and selfishness, I had to admit just how selfish I had been. Being intentional and committed to self honesty was the only way that I could help myself overcome the deep-seated selfishness that had ruled me throughout my life.

In doing Step Four, I began to see what I needed to see in order to confront the self-deception that had hurt me and those around me, most specifically, my wife and children. As I admitted the exact nature of my personal wrongs to myself, I was able to feel my lifelong self idolatry begin to fall away. It felt like God was helping me to set myself aside and make other people more important than me. In doing this, I surrendered 51 years of misguided assumptions that had made me think that I was invincible, entitled and important. Fortunately, my alcoholism proved these things, and me wrong, too. I admitted to myself that I had lived in a self imposed delusion. I had been trying to rule myself, rule my family and rule my world, all in the name of being the “leader” in my home.

As I admitted these things to myself, I accepted myself at my worst for the first time in my life. As I accepted myself at my worst, I began to know grace as only God can give it. This new grace is more than just a subject I had heard about in church. It is real world, here and now. It is an overpowering, and sometimes painful, movement toward honesty. I first noticed it when I sat alone in rehab, crying uncontrollably. That day, amidst the pain that I was experiencing, God’s grace helped me to have a sense that things were going to change and that I would get the help that I had been too afraid to seek.

I know I don’t deserve the goodness that has taken hold of me. As I have become honest about my character shortcomings, I have been able to surrender a battle that I had been losing all of my life. The more explicit and honest I have been with myself, the more effective my repentance has been. And, I have found an energy that gives me the stamina to follow the path that God gives me to travel. Without an effective path to follow and the strength that God gives me to follow it, I could never truly repent or change. I thank God for my alcoholism and for my 12-Step journey, specifically Step Five. Getting honest with myself and learning to accept myself as someone that God is willing to work with has been a turning point in my life. Letting go of my self denials has not only helped me to quit drinking but helped me to become a new kind of man who now brings goodness and delight to his wife and his family.